The Boundaries of Purity and Pollution 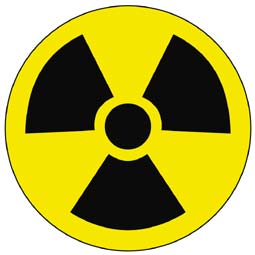 This week’s Torah portion, Tsav (Leviticus 6:1-8:36) is a continuation of last week’s focus on the cult of sacrifice in ancient Israelite religion. Last week, we were given the basic rundown of the sacrificial cult, the bare-bones outline of the form of worship. This week, some of the nitty-gritty is laid out. There is quite a bit of repetition of the sacrifice ritual itself, but this sets apart the new information in stark contrast. Ultimately, the new focus is on what is actually done with the offerings.

In my experience, most people just assume that sacrifices are something that has to be painful; a practice of depriving one’s self for some sort of repentance or greater good. Some of the sacrificial ritual described here is certainly this, but it also has a much greater function.

According to Mary Douglas, having a structure of culturally delimited pollutants and methods of purifying one’s self once polluted helps to maintain boundaries that aid in general social cohesion. To set up boundaries for social cohesion means to provide maintenance for a national or social identity, and to therefore define an in-group or out-group. This fits closely with the actual meaning of the Hebrew word that is often translated at “sacrifice.” The Hebrew word korban (קרבן) is related not necessarily to the idea of sacrifice as we have it in Western culture, but more to drawing close, or being in the midst of something. The qualities of pollution and purity found in relation to sacrifice here are really about whether one is fit to draw close to God or not, and if one draws close without being fit, the legislation is crystal clear: this individual is exiled. If one is fitly purified, one may actually come close enough to share a meal with God, as is found in Lev. 7:12-21. It is easily noted by any human being that sharing food is one of our primary ways of showing camaraderie, and delimiting who is inside of a group and who is outside.

So here we see the meaning of ancient Israelite sacrifice – camaraderie with God, and maintenance of cultural boundaries of pollution and purity as the method of maintaining social cohesion. Regardless of any suspicion one may hold of the priesthood (and there is a lot of suspicion to be held!) let us skip over that question, and view them as maintainers of social cohesion via these rituals. Assuming the best intentions of the Priesthood, the rituals can then be read as having twofold meaning.

One, this document is a method of maintaining social cohesion and social boundaries for a self-determining culture. According to this, the establishment of the Priestly cult would be a way of keeping the people together as one. Secondly, this ritual form was a way for people to draw close to God.

Although the priesthood and the power structure at the Temple in Jerusalem went through many upheavals, it is safe to assume that the structure of sacrifice held the same role throughout the Second Temple period. Many breakaway sects of Judaism who concluded that the Priesthood was indeed corrupt called this into question late in the game, though. The Pharisees were the most notable of these groups.

The Pharisees’ reaction to the Priesthood of their time was not just a simple dismissal – it was instead an adoption of the laws of purity that the Priesthood held to. Rather than doing away with the system and ideas of pollution and purity altogether, the Pharisees decided that all Jews should live lives of utmost purity, being a nation of Priests according to Exodus 19:6, and draw close to God in their own way, which was focused on study, practice of the religious laws now termed halacha, and prayer. This non-sacrifice centered approach (they still offered sacrifices at the Temple when it stood, though) allowed them to survive as a practicing group well after the destruction of the Temple.

This reaction to the need for in-group boundary maintenance, along with methods of drawing close to God, was established close to 2000 years ago. In the intervening period, mainstream Jewish approaches to God have changed very little. Reform Judaism changed it a bit in its own way, by focusing on the ethical commandments, doing away with the ritual commandments, and centralizing prayer as something done communally in the vernacular. This shift is often looked at as a specifically Modernist attempt to move away from the primitiveness of symbolic garb and action. But let us take a step back and look at it from a different direction.

As I wrote about last week, Isaac Luria was a great kabbalist in the 16th Century who formulated the idea that there are sparks of holiness hidden within the shells, or klipot, of our mundane reality. In order for us to better the world, we must raise these sparks of holiness from their klipot through the practice of both the commandments of God, and also acts of loving-kindness or compassion in our day-to-day life, which is referred to in Lurianic thought as tikkun olam, or repairing the world. So according to Lurianic mysticism, the conception of pollution is no longer about maintaining personal purity to allow us to draw closer to God. Instead, God is all around us, hidden within the mundane moments of everyday life. Our requirement is to help to diffuse the pollution through our actions, as opposed to diffusing the pollution around ourselves through ritual sacrifice.

This approach to communing with God, through acts of loving kindness, was picked up by Martin Buber, a 19th century philosopher who believed that our greatest experience with God can come through acts of pure, non-instrumental relation. To put it more plainly, when you approach someone or something in a moment, without considering what this someone or something looks like, can be described as, or can do for you, you are approaching it in non-instrumental (I-Thou) relation. This conception of pure relation is a pragmatic manner of looking at Lurianic kabbalah. You are not judging this someone or something by its klipah, you are looking beyond into its holy spark.

This new basis for drawing close to God certainly creates a method of communing with the divine in every day life. If we are able to view our interactions as sacred and holy in this way, then we are constantly interacting with divinity, and every choice we make draws us closer or pushes us farther away. The great quandary that is now raised by this new approach, though, is the issue boundary maintenance. As Liberal Judaism progresses, it has continually struggled with the issue of boundary maintenance. In Torah portion Shemini, I will focus more on the issue of boundary maintenance in our world today, especially in regards to Liberal Judaism. As it stands, though, this method of drawing close to God, of viewing our interactions as chances for the experience of divinity in and of itself, is a life- and world- changing approach to spirituality. The next time you are confronted with a decision of how to treat someone or something, or how to look at a circumstance you are in, consider the divine implications of raising the holy sparks out of every interaction. Through this constant attempt at drawing close to God, our lives gain immediate purpose, and are renewed with a sense of wonderment in the actual miracle of every day life.